Hush Little Baby classes just seem to 'flow' - how do you do this?

Very careful planning goes into each lesson to ensure that a range of musical and non-musical goals are being achieved, that there is a perfect balance between energetic movement and opportunities for calm, and that a very deliberate flow exists from beginning to end of lesson with carefully implemented transitions between each lesson ‘segment’.

Do you use lots of musical instruments in your classes?

Our teachers use a variety of props, including puppets, felt board stories, picture cards, bubbles and a range of percussion instruments. We avoid the over-use of props, particularly with the youngest children and especially in our initial lessons, because for some children it is already stimulating and overwhelming enough for them having a stranger in the room singing songs with them.

Through our classes we gradually introduce the children to a range of percussion instruments (triangles, drums, maracas, egg shakers, castanets, claves) as the program progresses. The bulk of what we do in classes, however, is unaccompanied by any instruments. The reason for this is that our fundamental philosophy is that the voice should be the first and primary instrument used in early childhood music education. Every child has a voice, and they all know how to use their voice in some way or another. Physiologically, the only instrument children are ready to use in any meaningful way at this level is their voice, though exploration of percussion can also be valuable.

Do you give out musical instruments to every child at once?

Sometimes! If it means that the outcome is going to be meaningful, musical and engaging then yes, the whole group will play instruments simultaneously. Most commonly we will do this with egg shakers and maracas – they make a lovely sound when played en masse, and children benefit from watching and following each others’ movements. Often we will have entire groups of children performing the beat successfully using these as a group.

At other times we take turns with instruments. For example, our claves and triangles require more finely honed motor skills to play correctly, and if just one or two children are playing them our music teachers are able to help them play successfully. Also, taking turns will often make instrumental exploration more meaningful. Children feel the “specialness” of the moment and play much more musically and carefully.

Some instruments, like our ukuleles and chime bars, are mostly for the children to listen to while our teachers play, with occasional guided exploration. The wondrous hush that falls over the room when one of these much loved instruments is taken out is just beautiful!

Why are the same songs sometimes used for multiple rooms?

Sometimes we will use the same piece of repertoire for multiple rooms, but in quite different ways and with different goals. For example, with a song like “On My Toe There is a Flea” we are focusing on touch, dramatic play and early stages of body awareness with babies. Their music teacher (and other educators in the room) gently point to and touch the babies’ toes, knees, noses and heads during the song. The teacher (and educators) do all of the singing.

When using the same song with a toddler group, the children are asked to identify and point to their own toes, knees, noses and heads during the song. We also use our teddy bear Theodore and ask children to find these body parts on him. We support the children in singing parts of the song once they are familiar with it (ie asking children to name the body parts in the song as we get to them, encouraging them to sing the more easily remembered rhyming words at end of phrases etc) and we actively engage them in the dramatic play aspects of the song (such as swatting the flea at the end of the song).

Using this song with Preschool/Kindy we are focusing on the fact that the pitch of the song rises as the children move from pointing low on their bodies to pointing high on their bodies (eg the song begins at the bottom of the major scale, while the children are touching their toes, and by the time they are touching their heads the song has reached the top of the major scale). The children are also invited to engage fully in the dramatic play aspects of the song.

Why do Hush Little Baby teachers sing stories to the children?

One of our aims is that children grow to become lifelong active and thoughtful audiences for the arts, but we know that this can’t start with three year olds sitting through operas, so we start with sung stories!
The majority of our classes revolve around making music TOGETHER – our teachers sing WITH rather than TO the children. However, singing a story to the children at the conclusion of each class offers them the opportunity to be an audience for a musical performance that is engaging and age appropriate. Children are often captivated by storybooks, and adding a melody to stories that lend themselves to it (stories with rhyming text or ones based on pre-existing songs) provides a short, accessible musical performance for the children to enjoy.

Can Hush Little Baby run classes at my early education and childcare service?

If you are in Brisbane, on the Sunshine or Gold Coast, or in Tamworth we would love to talk to you about running regular music classes at your service! Fill out the form here and we will get in touch with you ASAP.

If you are outside of these areas, give us a call on 1300 857 517 or email our Customer Experience Manager Elissa at elissa@hushlittlebabymusic.com and we will see what we can do! We may be able to offer you monthly classes, a one-off incursion or some Professional Development around using music.

How do Hush Little Baby classes help childen to learn and grow?

What is Hush Little Baby doing to ensure health and safety with regard to COVID-19?

Health and safety has always been a priority at Hush Little Baby. All of our teachers have completed the Australian Government COVID-19 Infection Control Training and take health and safety very seriously. You can find out more about the stringent safety measures we are undertaking here.

Why do you repeat some songs from week to week?

Over the course of a year we use at least 100 different songs, rhymes and games with the children in each room, and many of these are familiar nursery rhymes (you can read more about why nursery rhymes are important here and here).

Repetition is important for young children in that it aids neural development and helps them to become more comfortable, and therefore more likely to take perceived risks (eg saying a rhyme, performing actions, engaging with music in class and/or at home). Bringing the same repertoire back from time to time ensures that the children are familiar enough with it that they can take ownership of it. We want children to be going home and teaching the songs, rhymes and games from music to their parents, or in the case of very young children, responding when their families use our repertoire to engage with them at home. 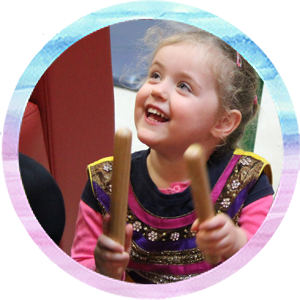 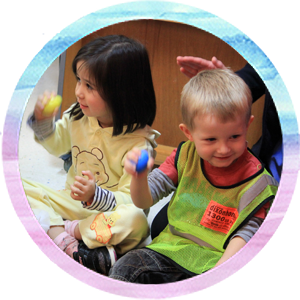 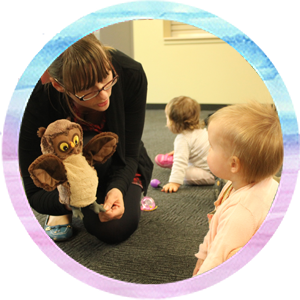